Stratoscope experts have direct experience in both stadium design and major sports and entertainment events. We have managed various operations for venues such as Madison Square Garden and Red Bull Arena. We have long working relations with major sporting leagues such as the NFL, NBA, MLB, NCAA and Major League Baseball. We have decades of experience with large scale events including Super Bowls, Olympic Games, NBA All Star Weekends, and Salesforce Dreamforce. Our expertise includes stadium design, client experience, event security, business management, and more. We also partner with experts in advanced security technologies to deliver the most hi-tech solutions to address equipment and logistics needs. Combined, we have industry knowledge and experience to deliver optimal results to our clients. 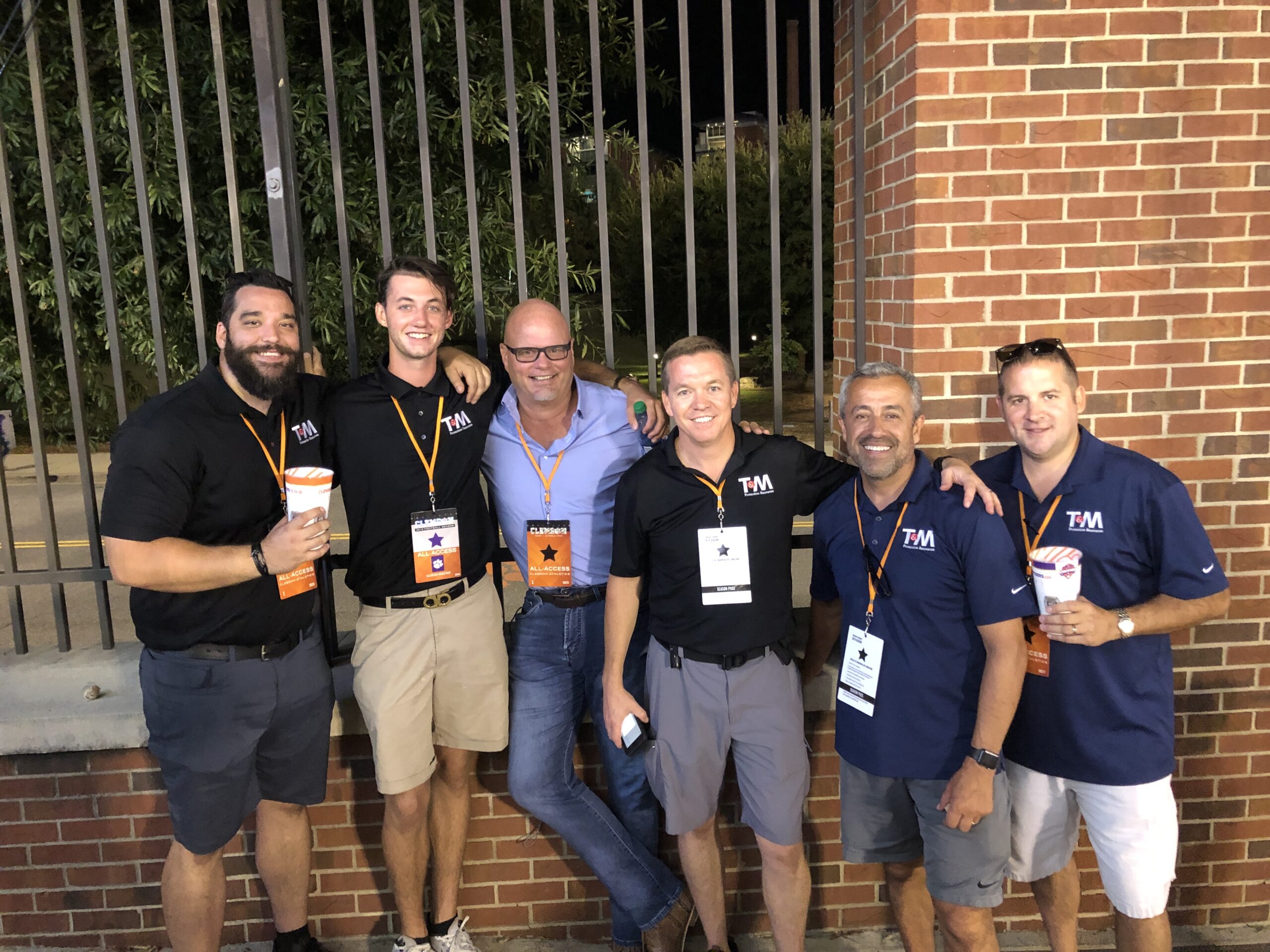 The Inocon Group grew to work with numerous high profile brands like the NFL (multiple Super Bowls), Olympic Organizing Committees, NCAA, NBA and many others prior to being acquired by Guidepost Solutions in 2011.

After joining Guidepost, our clients from The Inocon Group all followed us as we grew the practice to add stadium arena design while continuing our consulting services. We were able to bring on marquess stadiums such as Levi’s Stadium, Mercedes-Benz Stadium, Truist Park, and Hard Rock Stadium. In 2014, Salesforce engaged our team to enhance their annual Dreamforce conference which included their Dreamforce concert.

In 2018, our clients followed us to T&M USA as we continued to grow our event business. We also added key team members, Calvin Graber and Paul Matthews, to our leadership team after they worked on various events with us. While at T&M, we continued to grow our presence in the events industry and conference space delivering events of all sizes around the country.

The Stratoscope brand was born in September of 2020 in the middle of the pandemic knowing our ability to ensure positive outcomes would be in great demand. We decided we needed a new brand to reflect our years of experience in the sport + entertainment industries! Stratoscope speaks to our ability to develop strategy through a laser-focused scope leaving no rock unturned in our delivery to our clients.

The Stratoscope story began long before Dan Donovan founded the company. In 2001 he launched The Inocon Group— focusing on operational readiness. In the same year, the world changed when the 9/11 attacks took place; we made the decision to become focused on strategic event security. Our unique differentiator —which remains true to this day— is our team’s experience in applying operational security and event solutions.

Guided by a pursuit of greatness and our P5 process, we are your event solutions partner. The team at Stratoscope has the ability to solve complex problems in operations by simplifying them. Strategy + scope is how we ensure positive outcomes for all our client needs. We understand the vision behind each project and we put plans in place that exceed expectations. 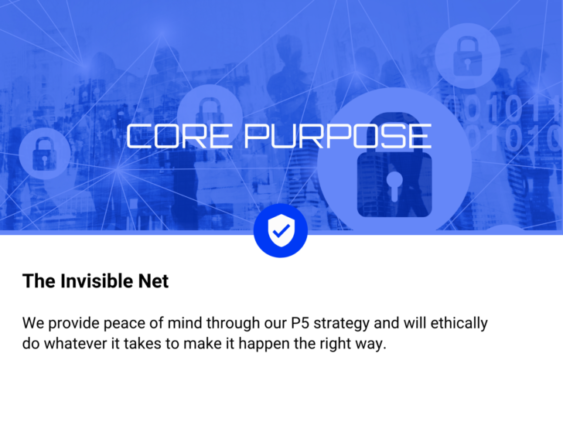 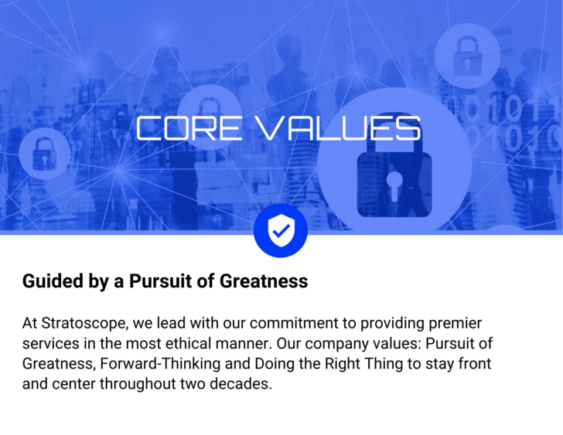 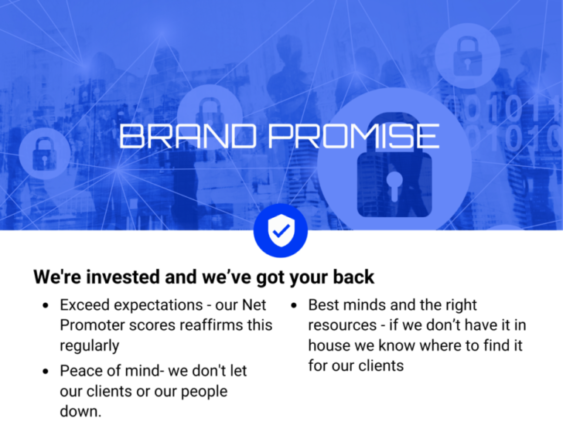 Our team understands your operations and we add the right people to ensure positive outcomes.

Work product or physical products, either we have them or we know the best products to add to our solutions.

Our solutions are driven by tried-and-true process and exercised prior to deploying.

We leave no rock unturned as we develop plans to ensure our clients’ success.

Our track record speaks for itself, we regularly seek to improve and have our clients grade us regularly. 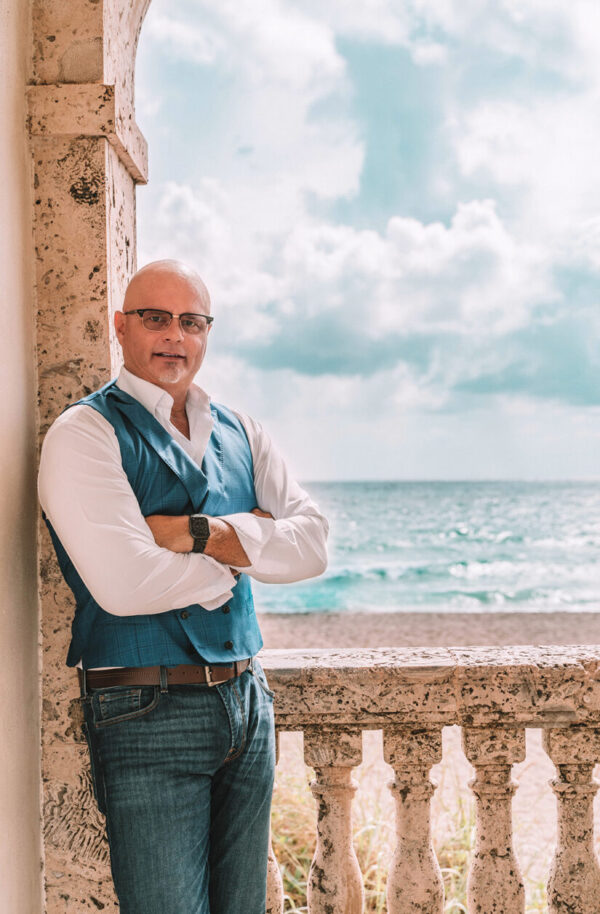 Mr. Donovan began his consulting career after roles with the Atlanta Olympic Games in 1996 where he advised on sport technology (timing, scoring, scoreboards and video boards). He then served as Director of Sport Competition for the Sydney Olympic Games in 2000, where he was responsible for delivering all of the planning and personnel staffing needed to run the Games’ competitions. Throughout his career, Mr. Donovan has developed significant expertise ensuring positive outcomes in the sport and entertainment industry and solutions in the areas of security planning, crowd management, security systems design, operational readiness, crisis management, emergency operations and special events. 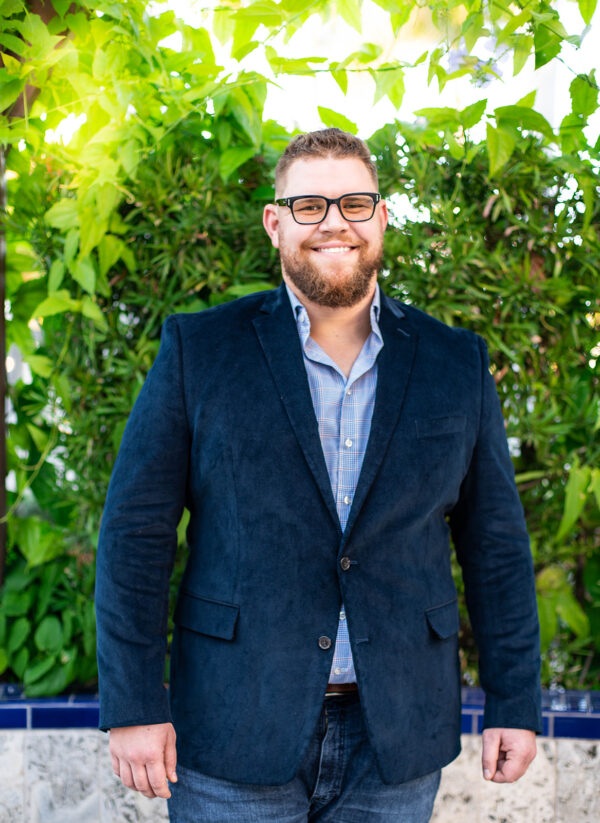 Calvin Graber grew up in the Bay Area where he played football at Menlo College. Before joining the Stratoscope team, Calvin served as Operations Manager at The Masonic and The Fillmore with Live Nation in San Francisco. He was always keenly aware of the importance of sports security because his dad was the head of security for the San Francisco 49ers. Following in his footsteps, Calvin has 12 years of experience in all aspects of the event industry. Calvin has been an instrumental part of various teams delivering many mega events like the Super Bowl, NCAA Final Four, and College Football Championship, but he hopes to one day work at the FIFA World Cup or the Olympics. Stratoscope clients rely on Calvin’s vast experience managing challenges before they become incidents to ensure positive outcomes.  From corporate events to festivals to arenas or mega events Calvin has a wealth of experience.

His most notable success story is when he was asked to serve as acting VP of Security at the Chase Center, home of the Golden State Warriors, where he developed their security and venue operations from scratch. As a testament to his leadership, when the arena flooded on Thanksgiving Day in 2019, he led the team in a massive clean-up mission and, in under twelve hours, removed all the water so the game could go on. Calvin’s best advice to clients is that there’s always more than meets the eye. “Business owners’ heads need to be on a swivel” because details make or break an event. When Calvin isn’t working, he’s relaxing and catching up with his family, girlfriend, and two dogs: Perseus and Leonidas. 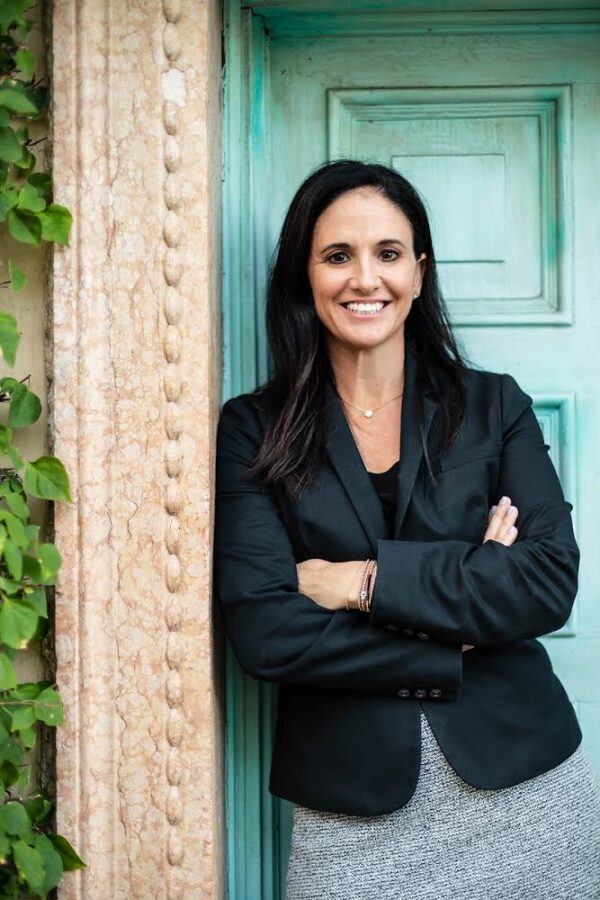 As Director of Operations, Jess oversees it all: finance, human resources, accounting, marketing, and more. Jess has been part of our success since joining our founder Dan Donovan at Guidepost Solutions and has followed Dan throughout the business card changes to assist in launching Stratoscope.  While she mainly provides critical behind-the-scenes leadership, she has supported Stratoscope’s on-the-ground team at events such as the annual Dreamforce conference for Salesforce and the NCAA among others. One of her most rewarding experiences in the industry was supporting the Stratoscope success with the NCAA. As her team continued to say ‘Yes’ to the various needs, the NCAA had to successfully complete 296 events in 2020 she had limited time to recruit, interview, hire, schedule and complete payroll for almost 100 people across the country for a major project. Her dream event is to support the US Open Tennis. Jess background in marketing and as Owner & President of two different businesses, JS Jewelers and The Caveman Kitchen, has made her an integral part of Stratoscope’s success. Jess grew up playing competitive tennis and was a collegiate rower so she not only understands the needs of sporting venues and events but also the players on the court. In her time off, Jess likes to travel, run, cook, and spend time with friends and family. 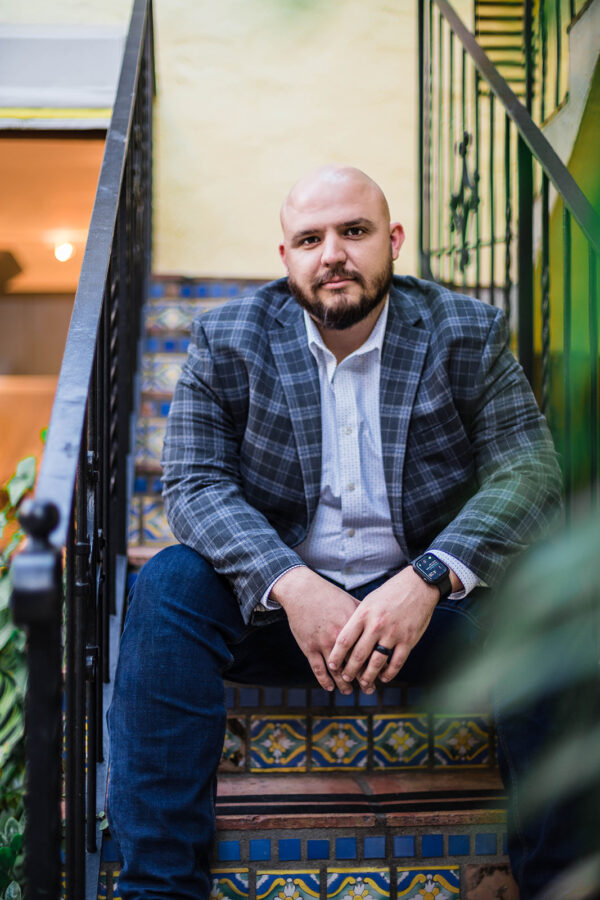 Anthony Galea has over a decade of experience in security and technology and is an industry leader in client experience. Anthony’s expertise spans across sports and entertainment, but his career started at a concert venue. A friend’s manager invited him to serve as a security guard, and soon after he rose the ranks to serve as the venue manager. From there, he worked for several years as a security operations manager in the musical festival world. By 2019, Anthony was traveling as many as 300 days a year from one festival to another. Around that time, he met Calvin Graber who recognized his leadership and brought him aboard the Stratoscope team. As our Client Experience Manager, Anthony manages on-site operations and meets clients’ every need to ensure complete customer satisfaction. Anthony has been instrumental in our delivery of conferences like Dreamforce 2019 and our COVID operations for the NCAA in 2020.

His favorite events are ones where he can see attendees’ faces light up. “Knowing I was a part of making the event special for people is what gives me the most joy in my work.” From his 11 years in the industry, Anthony’s most important piece of advice is to have compassion and to trust that security measures are in place for a reason. “Security isn’t about the big guy throwing you out of the bar anymore. It’s more about customer service than ever.” That’s why Anthony trains his team to always show a smile on the front lines. When Anthony isn’t developing strategic security solutions for his clients, he’s in his backyard grilling on his Traeger smoker, watching his 2-year-old daughter play on her slide. 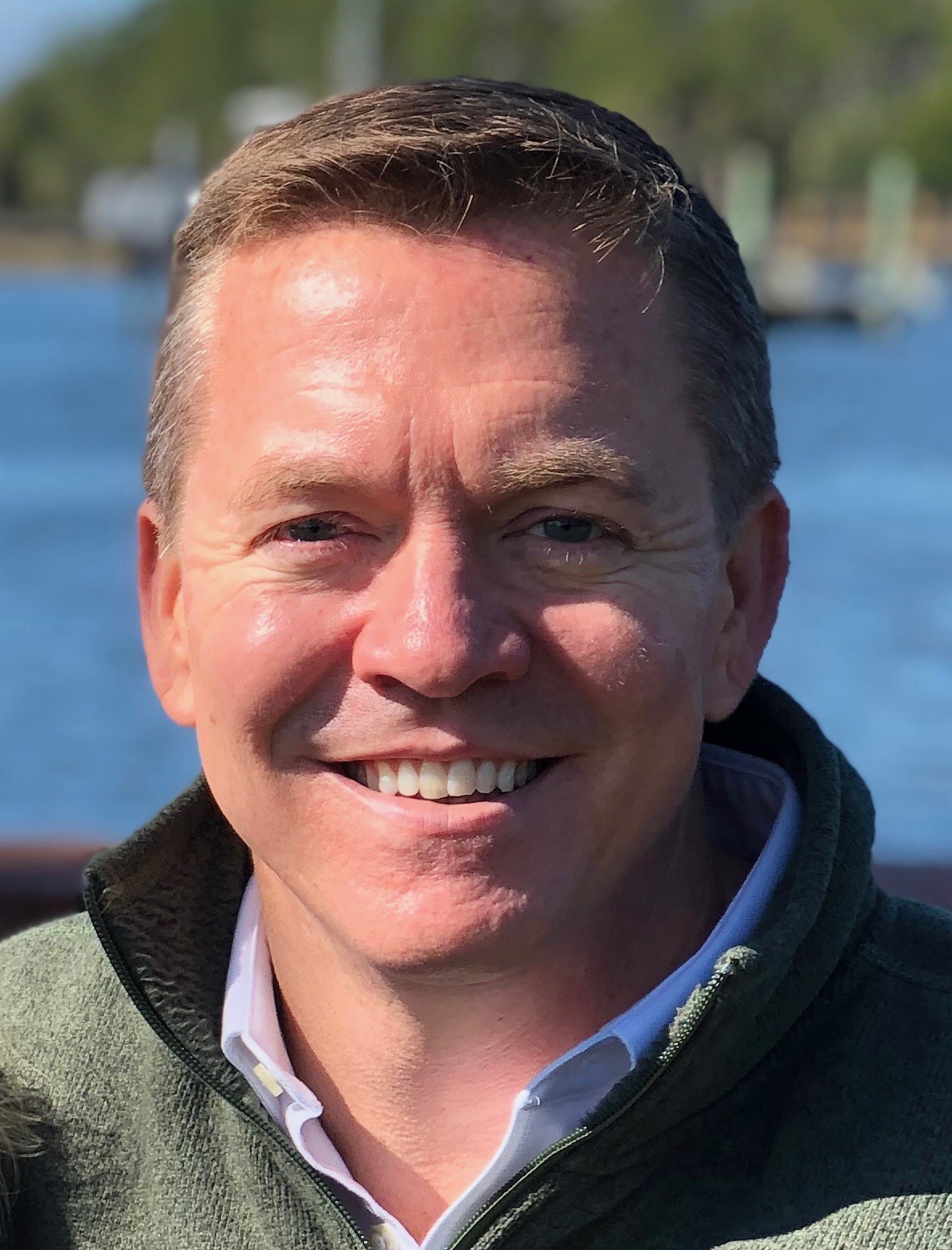 Brad Eggert has over 25 years of experience executing events around the world. Brad has worked on multiple projects and events with Dan’s team since 2014 and joined Stratoscope full-time in 2022. As Director of Client Experience, he supports our clients in overall planning and execution. Brad has an impressive range of industry expertise, including event vision and execution, agency coordination, perimeter/access control procedures and enforcement, command center design and implementation, Table-Top and Field-Training Exercise facilitation and executive protection. Brad understands the perspectives and objectives of stakeholders, which allows him to deliver at a consistently high level.

Brad was a key member of our team during the Manchester Arena reopening after the Ariana Grande incident as well as our lead on a number of major events with clients such as Uber, Rodan + Fields, and Mercedes-Benz Stadium. One of Brad’s career highlights was serving as a venue manager during the 2022 Salt Lake Olympic Winter Games. He oversaw the practice facilities that hosted every country competing in men’s and women’s ice hockey. During the Games, Brad managed two teams of full-time, part-time and volunteer personnel while also coordinating with local and federal law enforcement to ensure a comfortable, safe, effective training environment for the world’s premier ice hockey players.

When Brad isn’t ensuring positive outcomes for our clients, he enjoys spending time at home with his family in Charleston, SC, and helping coach his kids’ sports teams, whatever season they’re in.

Get In the Know